You Don’t Have To Do It All On Your Own

You don’t have to do it all on your own

What I’m talking about is clearing blocks that are stopping you from up-levelling your business, getting more clients and making more impact.

You might not know what the blocks are. You might not know how to clear them, how to get through them. And doing the work on your own is often very time-consuming and so much effort. And it’s really, really hard.

I realized this yesterday.

I reached out to friends on my Facebook profile after I’d had a really difficult conversation with somebody. I felt like the energy was kind of stuck on me. It was horrible and I wanted to get rid of it.

My friends suggested lots of different tools to clear the bad energy.

Now, lots of those things were things that I have to do my own, like journaling and tapping – dancing would have been easier, of course – to be able to get rid of the energy.

But it was late at night. I was frazzled from the energy of that conversation and I just didn’t have the time, the energy or the inclination to do the work on my own.

Somebody suggested a cord-cutting exercise. I had a pre-recorded one so I decided to listen to that. And it was so much easier to have somebody facilitate me through the process of letting go of that energy. It worked and I felt great afterwards.

It’s so much easier with a facilitator

And that’s really what I do as a hypnotherapist.

I facilitate my clients to get through the stuff that they’ve found so difficult to clear, or they don’t even know what it is that’s holding them back.

I can help them to find it and then to clear it.

At the end of each session, I record a personalised hypnotic audio for my clients for them to listen to every day until the next session. And that’s all they need to do. There is no effort involved at all.

Of course, during the session, there is effort involved, but they don’t have to think, “What do I do next? How do I go on from here?” I’m there to facilitate them.

It’s such a powerful way to make deep, long-lasting transformative changes because you’ve got a professional at your side, facilitating you through the difficult stuff.

And then you’ve got the audios to listen to ongoing.

And then after the four sessions (I offer four-session packages) they’ve got the audios from all the sessions. If they’re having a little bit of a wobble afterwards, they can listen to the audios. Lots of my clients say the audios really helped them in difficult times. And they have their favourite audios that they liked listening to to help them.

And then, if they uncover another layer of stuff that they want to get through, they come back to me.

They keep coming back for more

I just had a client recently come back to me after a year and she said, God, it was just so amazing! She told me what had changed after working with me last year. I was just blown away by all the things that she has achieved since then when she listed them to me. And she said that it’s time now to up-level [in her coaching practice] and to get to the next level.

So she booked another four sessions and we’ve got the final session tomorrow. And she’s got more audios and of course, more strength and resilience to get through all the new changes that she’s going through. She’s really rocking it at the moment!

Because she realized that she needs somebody to facilitate her through this because it is quite hard work to do it all on your own.

Like I said, yesterday, I couldn’t even do it myself. Of course, I’m capable of uncovering stuff, and I can often do that really, really quickly on my own. I just didn’t feel like it yesterday because I was too frazzled. At the end of the day, I was just completely zonked out. So I listened to a pre-recorded audio and that really helped me.

After listening to it, I realized that actually, the difficult conversation I’d had was more about fear from the other person, and she was projecting it onto me, and I didn’t have my boundaries up because she’d called me out of the blue.

Anyway, it’s all water under the bridge now because I’ve cleared it. But that’s what I realized while listening to the audio and I felt calm about it afterwards.

If you need any help from a facilitator, (me!), to break through to the next level in your business, make more impact, get more visible on social media and claim your expertise and your power so that you can go on and rock it in your business, then book a chat here and let’s talk.

I help fellow high-perfoming expats quickly and effectively navigate the emotional side of change so that they feel happy, calm and fulfilled again.

Member of the ACHE

Member of the DVH 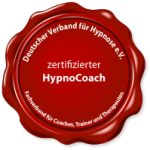